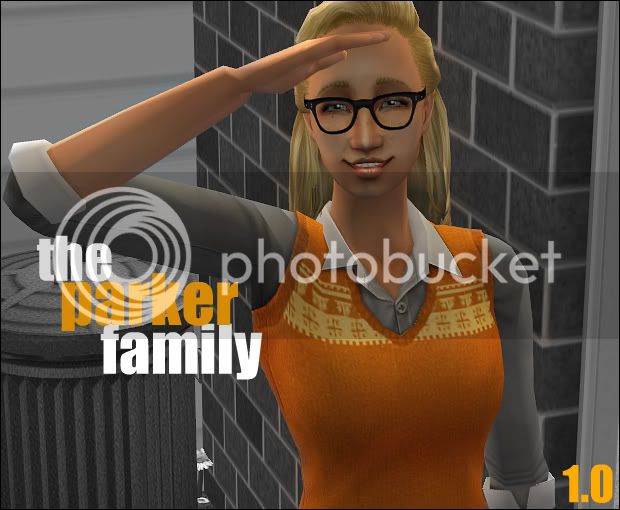 ( Collapse )Ok, i've ONLY just realised i didn't say (on here) that the maddison's are gone. :(
When i got my 'puter fixed my sims games and files were gone, i had to start afresh, that means all new game and all new CC.
I think i've just about got the majority of ,my CC back but i've cut down on hairs. I also wont have a few sp as i've lost the booklet with the codes on so i can't install them :(,
the ones i lost were..
* H&M so i don't have many nice maxis clothes now :(
* Family fun stuff which i'm going to miss because i dont have the cute underwater bed!
* The christmas one, which kinda annoyed me with all the hideous carpets but SOME cute deco items :(
------------
i'm really bumed about this because i was having fun playing the maddisons and i feel rather bad asi  forgot to mention that they wont be returning, i now have TWO crapped-out hardly finished legacy but i'm downloading HP's mega hood while typing this and i'm going to give ANOTHER legacy a shot. I might not post it, just incase anything happens because i just look stupid and pure fail. :(
I'm really sorry for not telling you guys who actually read my legacy, but thankyou for all the comments on the maddisons.
i might aswel tell you what happened while i was playing them, max & ruby were still kids, both MEGA cute, lauren had baby pheobe and got pregnant again, carter just continued to garden and tinker, but he won a genie and got loads of money around 30+'K', but i failed at building them a nice house.
i'd leave you with the picture of the family (which i was going to use as the intro picture for the next update, but all my documents were whiped, i'm really sorry for those who expected an update and i really mega stupid and unreliable as this happened with the sibleys. :(

I've got all the pictures done for the next Maddison update, all I have to do it upload the onto photobucket and stick 'em on here.

Anyway here some quick pictures of a sim & her house which I played the-day-before-yesterday, She is my old (hardly looks like me apart from the eye shape & colour and hair colour and style) self-sim with a diffrent name and a few jaw tweaks.
( Collapse )